Telephones have always been and will continue to be a part of any office, hotel, or any industrial infrastructure. Today, there are still many design requirements where you see requests for analog phone systems, arguing cost saving reasons. 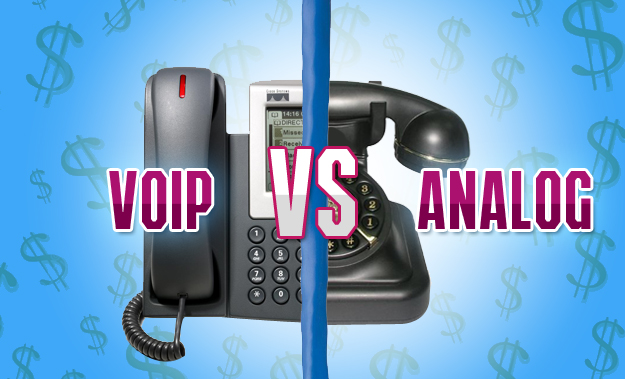 So the question would be: What is the most cost effective solution for telephony systems – Voice over IP (VoIP), or analog Plain Old Telephone Service (POTS)?

If you’re thinking “Of course VoIP”, I’m afraid that’s not a fully accurate answer – there are also exceptions!

Below I briefly explained which of the two costs lower to implement:

What are the situations where VoIP systems cost less to implement?

There are many situations where VoIP systems are simply the better option for telephony when it comes to saving costs. 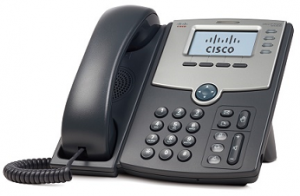 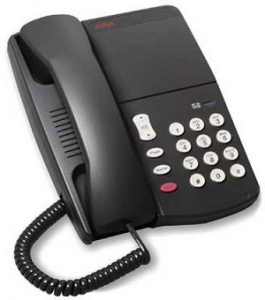 The cabling costs for an analog or VoIP telephony solution on very small offices might not differ much, but the difference would be immense if we’re talking about large building infrastructures with hundreds of phone sets. In a VoIP setup, the same LAN network can be used for VoIP telephones with no need for expansion with a separate cabling infrastructure. However, in an analog telephone solution, you would need to lay copper cables from the PABX to each single point that requires a telephone connection, raising the need for expensive multi-pair copper cables for the telephony backbone.

2) Where Scalability is Demanded

In analog systems, a pair of twisted copper wires should connect each phone to the PABX. It means scalability would need to be designed from the beginning by using multi-pair cables with enough spare pairs to allow for future expansion. Without adequate spares for expansion, the laying of new cables would be simply unavoidable. In VoIP systems, there would be no need for new cabling to accommodate expansions in the network backbone.

3) When a High Number of Phones are Needed

Analog PABXs need to include individual circuits for every extension, and as the number of extensions increase, they simply are much more expensive than VoIP PABXs. VoIP PABXs can be as small as a 1U rack server with no need for separate electronics.

VoIP systems of course come with many extra benefits in addition to costs savings – such as a long list of features not available on analog systems, full integration with computer and data networks, much easier maintenance, software upgradability, and much more.

Therefore except for very small offices with less than a handful of phones, I can’t think of any other scenario for proposing a full-analog POTS PABX anymore. But this is not the end of story!

What are the situations where analog systems cost less to implement?

Don’t be surprised! There are still many situations where an analog system can be a more appropriate solution for at least part of the telephony system of an infrastructure. 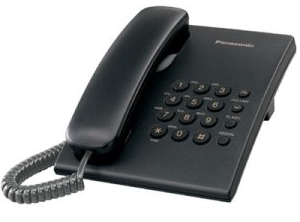 1) Distant Locations with no Means of Electricity

VoIP phones need to be powered on to work! This is usually done by getting the power from a POE (Power Over Ethernet) network switch over the same network cable that connects the phone to the switch. However, this limits the distance to no more than 100 meters or 300 feet. But in analog POTS phones, the power to the phone is provided over the twisted pair cable which can be extended for up 2 miles (3 km) or more. It is not a rare scenario in industrial infrastructures where the telephony system would need to be extended to some remote locations.

Analog phones are still commonly used in industries as hotlines / emergency phones – they are independent from any network infrastructure and hence would still work in cases of emergencies like power cuts and shutdown of electricity to the infrastructure network.

Both VoIP and analog each have their own strengths in specific situations, which allow you to save on costs when implementing the correct telephony system. Today, there are technologies that allow both VoIP and analog systems to interface with each other. FXS cards or ATA adapters are usually used to interface an analog phone system to the now very common VoIP PBXs.