The Role of VSAT in Supporting NGOs during Disasters in Africa (Part 1): Mozambique and Uganda

The Role of VSAT in Supporting NGOs during Disasters in Africa (Part 1): Mozambique and Uganda

Natural disasters such as floods, fires, and storms affect thousands of people in Africa. From the destruction of buildings to the spread of disease, natural disasters can devastate entire countries overnight and seriously disrupt the community with massive human, material, economic and environmental losses. To prevent these losses during disasters, emergency communication systems are critical in terms of safety, and ensuring the continuous operation and rapid recovery of emergency communication systems is more important than ever.

The best emergency solution to utilize in these situations is VSAT technology. VSAT solutions act as very dependable backbones for communications during and after calamities. The inherent nature of VSAT communications via satellite and its connectivity advantages makes VSAT the ideal means of communication during emergencies.

During disasters, the first action should be to connect the affected site to multiple other sites, and this can be done quickly using VSAT. The other important tool for communication is the satellite phone , which does not rely on ground infrastructure for connectivity. Below are examples of how VSAT solutions have directly supported the NGO’s relief operations during disasters.

The tropical cyclone Jokwe hit northern and central Mozambique on the 9th of March, 2008. The Category 4 cyclone had winds of up to 170 Km per hour and brought torrential rains, prompting the government to declare a Red Alert, which is the highest level issued for natural disasters. The red alert was issued for the Provinces of Nampula, Zambézia and Sofala, as well as the coastal areas of the Districts of Maganja da Costa, Pebane, Moma, Angoche, Mogovolas, Mogincual, Mossuril, and Nacala. A lesser Yellow Alert was issued in the central provinces, specifically in the districts of Inhassunge, Chinde, Marromeu, Chiringoma and Dondo. According to the Government National Institute for Disaster Management (INGC),tropical cyclone Jokwe killed 7 people, damaged around 30,000 houses, 200 schoolrooms, and dozens of health clinics, prisons and other public buildings. An estimated 41,000 hectares of maize were destroyed. 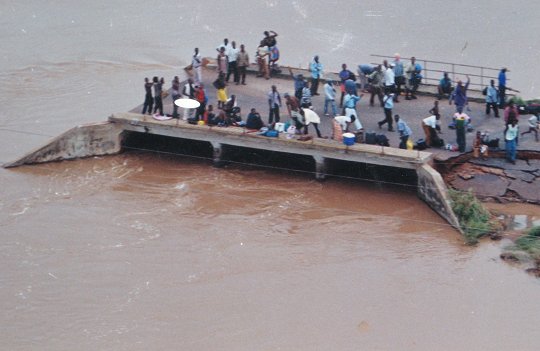 The Emergency Telecommunication Cluster (ETC), with support from Telecom sans Frontieres, installed VSAT equipment and provided support to INGC and the humanitarian community in each of the emergency operation centers in Caia, Mutarara, and Mopeia. Data connectivity was provided in Caia through an ETC VSAT station; in Mutarara, through the World Vision VSAT station; and in Mopeia, using UNICEF‘s BGAN portable satellite terminal. The emergency VSAT systems in place helped the NGOs conduct rapid emergency procedures. Telecom sans Frontieres also installed a BGAN and proxy-server in Caia to decrease the usage load on the VSAT at the CENOE office. Lacking outside contributions, the Emergency Telecommunication Cluster used advanced funds from UNICEF and WFP.

Unusually heavy rainfall from July to November of 2007 led to flooding and water-logging across a number of districts in eastern and northern Uganda, particularly in the Districts of Soroti, Amuria, Katakwi, Bukedea, Kumi, Lira and Sironko. This gave rise to a major humanitarian response across all sectors. An estimated 20,000 households were severely affected and 58,000 people were displaced. With about 80 percent of crops destroyed by floods, food insecurity was imminent. The flooding disrupted delivery of social and economic services like education, health, trade and agriculture – which resulted in increased risk of communicable diseases especially as the floodwater receded. Malaria and diarrheal disease incidences greatly increased by over 30%. Several districts were ravaged by torrential rains and flash floods that swept through the country, destroying road and communication links, and submerging crops, which compelled the Government to declare a state of emergency. 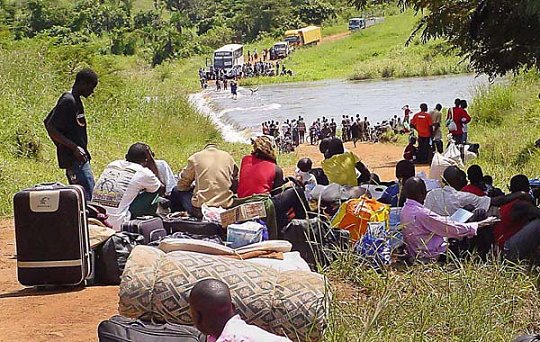 The International Telecommunications Union (ITU) deployed 25 VSAT terminals to help restore vital communication links in the aftermath of severe floods that affected the eastern and northern regions of Uganda. With the restoration of the communication links, designated government officials and other humanitarian agencies were able to coordinate relief operations efficiently. The ITU provided bothThuraya hand-held satellite phones and Inmarsat Global Area Network (GAN)terminals. The Thuraya satellite phones used both satellite and GSM networks to accurately locate the GPS coordinates for the aid relief and rescue. The Inmarsat GAN terminals were mainly used for voice communications and high-speed data.

This article will be continued in the second part of this series titled: The Role of VSAT in Supporting NGOs during Disasters in Africa (Part 2): Zambia and Cape Verde.