Big Data is one of the new terms that we hear regularly these days along with “Internet of Things” (IOT), “Artificial Intelligence” (AI), and “Cloud Computing”. Interestingly, when you Google the term, you can read a wide variety of definitions – which is not unexpected considering how new the concept is!

In this article, I would like to try to provide a simple understanding of the concept from a technical point of view.

One of the best definitions I encountered is this one: “any voluminous amount of structured, semi-structured, and unstructured data that has the potential to be mined for information”.

This definition will make more sense when we compare it with how data was traditionally handled. For old developers like myself, useful data always meant structured tables of data organized in relational databases.  It enabled you to do meaningful searches and display the results in a useful format – like what you see in CRM or ERP applications you daily use. But as the above definition describes, the Big Data is now about big volumes of data that are not necessarily structured in tables of databases. 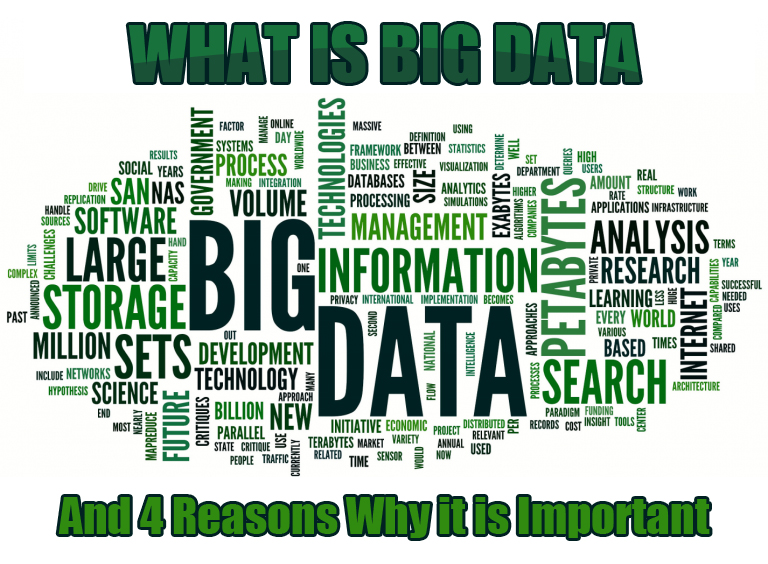 Why is Big Data mentioned now?

The first question that arises after reading the above lines would probably be: What has changed in the past couple of years that has made Big Data so important?

In my opinion, there are 3 main reasons: 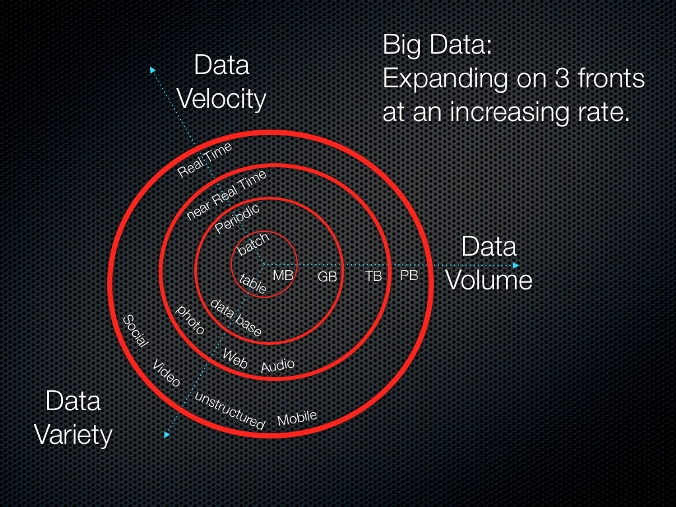 As the world becomes more connected, not only do we face a huge growth of man-created data, but also an exponentially increasing amount of data created by machines. Some examples of such machines are:

We’re obviously at the verge of a new technological revolution which would be known by the emergence of robots, artificial intelligence, IOT devices, virtual reality, auto-driven vehicles, and many other great technologies. But at the core of this revolution is the “data” and how it can be analyzed efficiently and intelligently. “Big Data” is the concept for making that happen and includes technologies on how to store such volumes of data, and more importantly how to extract the required information efficiently from it.