What is ELV after all?

What is ELV after all?

According to the International Electrotechnical Commission, ELV (Extra Low Voltage) is defined as any system operating in a voltage not exceeding 35V AC (or 60V ripple free DC). Although the term is technically correct from “electrical” point of view, it by no means describes the broad range of systems and technologies which are known as ELV systems in buildings. 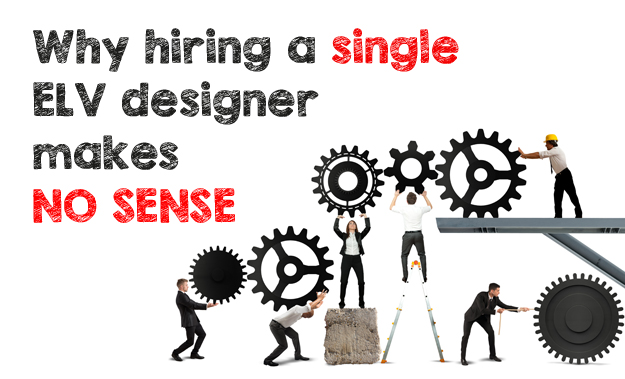 ELV is the terminology used in the construction world in an attempt to electrically define all the systems in a building which need electricity to run but are not part of the building’s main electrical system. ELV covers all the new modern technologies that are increasingly becoming must-have systems in every building such as data network, CCTV, fire alarm systems, public address systems, audio/video solutions, access control and intrusion detection systems, home automation, and much more!

The fact that such a broad range of technologies are collectively named “ELV” shows probably how much we are lagging behind the new demands of 21st century. Below I will very briefly explain some of the confusing abbreviations that constantly pop up when discussing ELV systems. 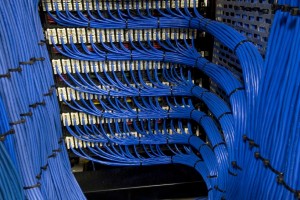 LAN stands for Local Area Network – also known as SCS (Structured Cabling System). Simply put, it is the data cabling in the building to enable users to network their computer devices and possibly access to internet.

In a small building, this can be simply CAT6 cabling from an MDF (Master Distribution Frame – i.e. equipment rack) while in larger infrastructures, you usually see multiple IDFs (Intermediate Distribution Frame) interconnected by fiber optic cables. (It is interesting to know that while we have no electricity passing fiber optic cables, they are still categorized as “ELV”!)
WLAN stands for Wireless LAN which is the network of wireless access points that provide wireless network coverage within and outside the building.

As you will see below, as the technologies enhance, more and more other ELV systems depend on LAN infrastructure of buildings. 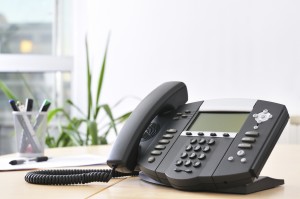 While up to some years ago, analog telephony systems were still commonly used in buildings and were setup by using multi-pair copper telephone cables connecting the PABX (Private Automatic Branch Exchange) to telephone sets, they are now almost totally replaced with VOIP (Voice Over IP) solutions that require no separate cabling and depend on the building’s LAN infrastructure for the interconnections. 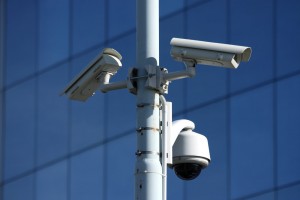 CCTV stands for Closed Circuit TV (again a very old acronym which shows the old “electrical” roots of such systems). Simply put, these are the camera systems setup inside and outside of buildings to provide monitoring surveillance. Old analog cameras used a separate cabling of coaxial cables connecting each camera directly to the DVR (Digital Video Recorder). These are also today almost totally replaced with IP Cameras utilizing the common LAN infrastructure of the building. 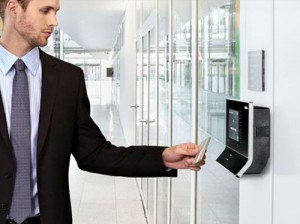 ACS is the abbreviation for Access Control System. ACS systems give access to different building locations (usually implemented by automatic unlocking of doors) through different means of authentication of people (by magnetic or RFID identification cards, by finger print, IRIS or face recognition). Almost all new ACS solutions also rely on LAN infrastructure to some extent, while they also include electrical cabling to magnetic door locks, manual push buttons, and magnetic sensors installed on the doors and entry gates.

IDS (Intrusion Detection System) is the common name for a broad range of technologies which as the name suggests, alerts on any attempt for intrusion to a building or premises. They include long and short range radar systems, fiber optic cable systems connected to fences, IR motion detectors, CCTV video analyzing software, and many other technologies. 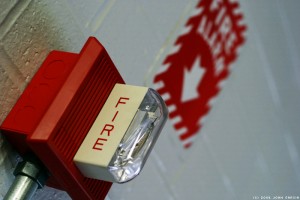 Fire Alarm Systems (also abbreviated to FA or FAS), can be divided into two main types – conventional and addressable. Most FA systems still use 2-wire electrical cables for interconnecting of the sensors (smoke, heat, combined) and beacons/alerts to the control panels. Newer fire alarm solutions also provide LAN connectivity for integration with other systems. 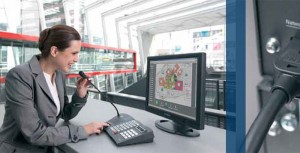 PAS (Public Address System) or PAGA (Public Address and General Alarm) is the speaker system installed in buildings for making announcements, playing background music and broadcasting pre-recorded alarm notifications, sometimes automatically triggered by fire alarm systems. PAS is probably one of the few ELV systems that is still not much IP based and use twisted-pair electrical cables for connecting the distributed speakers to the power amplifiers. However most of newer PAS systems have accessories to enable utilizing LAN infrastructure for interconnecting the main components and provide a distributed design. 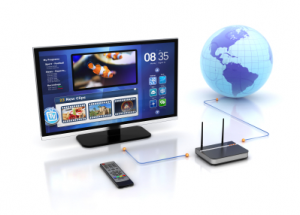 SMATV (Satellite Master Antenna Television), CATV (Cable Television), and IPTV (IP Television) all explain different technologies to provide a TV distribution system within a building, interconnecting multiple television sets to a single source (usually called Head End) so each television can select the desired watching channel from a selection list.
While SMATV and CATV have their separate cabling network based on coaxial (or sometimes fiber) cabling, they are rapidly being replaced with IPTV solutions which rely on the same LAN infrastructure jointly used by other systems. 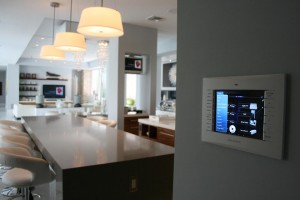 Home automation systems include a very broad range of technologies for monitoring and controlling almost everything in the building from lights to doors to home appliances and audio equipment and in short whatever works with electricity in the building. Most home automation solutions are now network based and give the option of remotely controlling and monitoring the building over the internet. While in the past, most home automations were using some remote control device, with advance of technology the means of control is now moved to smartphone and tablet applications or voice recognition solutions.

Above are merely samples of ELV, and there are myriad other systems which are not discussed above that are collectively named as “ELV” in construction terminology. One wonders, isn’t it the right time that we change the name to something that better explains what all these systems are all about? What about MIT (Modern Infrastructure Technologies)?