What is IOT? – A short and simple explanation

What is IOT? – A short and simple explanation

The Internet of Things or “IoT” is probably one of the hottest technical topics of 2016. Although the concept is not new and goes back to the 1980s and 1990s, it is right now that it is really gaining momentum and can become one of the fastest growing businesses in the next 5 years (predicted up to trillions of USD). 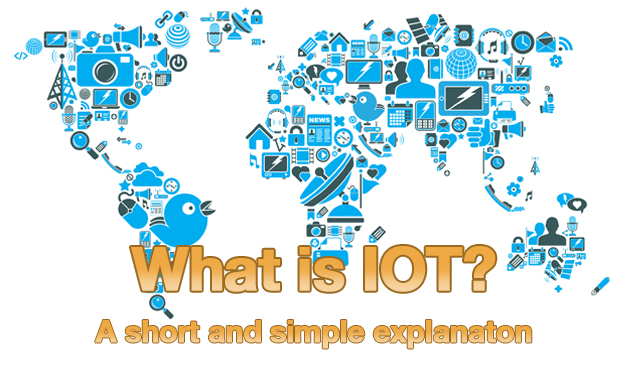 There is a huge amount of posts, articles, and white papers on the internet, trying to explain what IOT is, what possibilities it would create, and what its challenges are.

In this post, I’ve tried to explain the topics as simply as possible for those who want to get an idea of the concept in a very short time and without all the fuss.

IOT is about connecting “Things” to the “Internet”. This connection can be wired or wireless.

The term “Things” is wisely chosen as it can include literally everything: from obvious things such as computers and smartphones that are already connected to Internet, to home appliances, wearables, vehicles, factory machines, to tagged animals and consumables.

What are the key components of IOT?

The key components of IoT can be summarized as follows:

What “Things” are expected to be part of IoT?

It is very hard to predict what IoT will cover in the next 5 years – the concept is exploding with new ideas every day. Some ideas include:

Without a doubt, the most critical challenge and risk of IoT is its security, and how much it would be immune against cyber-attacks, hackers, and unauthorized intruders. With billions of “Things” connected to the internet, it would also mean that by unauthorized access one can create disasters that we’ve already watched in so many science fiction movies.