This article explains the advantages and benefits of VSAT and tells why VSAT is a good alternative to terrestrial links. 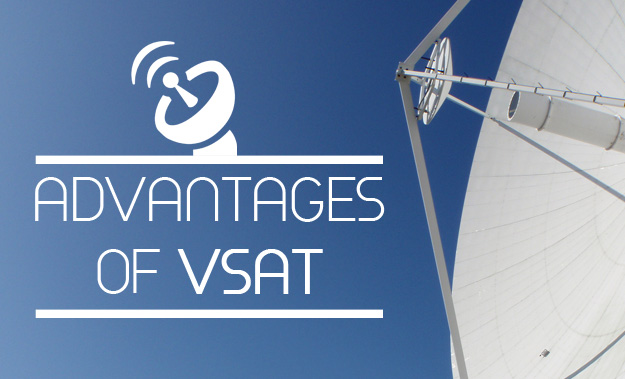 VSAT means Very Small Aperture Terminal, and it has three main components– the satellite, a central hub with a big antenna dish, and a number of nodes made up of smaller dish antenna at various geographical locations that form a network through the satellite. All the nodes communicate with the central hub by using the satellite as the medium for communications. If an additional network such as internet connectivity needs to be integrated with the VSAT network, it can be done at a Network Operations Center located at the central hub, so the multiple nodes in different locations can also have access to the internet connection.

Like any other technology, VSAT has its limitations as well. Rain attenuation might affect the performance of VSAT under rainy conditions, and VSAT latencies are still higher than their terrestrial counterparts. Another limitation is the high initial cost needed for building and launching satellites, higher initial cost for terminal equipment compared to terrestrial networks, and higher recurring monthly costs – though through the years the costs for VSAT are getting lower and lower.