The use of mobile phones is now a necessity for most people throughout the world. Mobile phones allow us to get in touch with family and friends, and allow access to email and other important tools that we need in our daily lives. Today’s mobile phones are capable of not only making calls, but also storing data, taking pictures, accessing the internet, and many other functions that make them invaluable.

If you are wondering on how cellular phones differ from satellite phones, it will be fully explained in detail. Below are the fundamental difference between Cellular and Satellite phones.

Cellular phones transmit and receive using land-based towers. A single tower forms a cell, which is the area covered by the tower transmitters. A cellular network consists of a range of towers, each having its own cells. When you are in a particular area, your cellular phone is using the cell of the closest tower. If you move to a different area, you cellular phone is transferred to the next tower. The reason for weak signals or dropped calls is that there may be no nearby tower thus no cell signal, or the tower is too far away which results to bad signal reception.

An issue with cellular networks is that a tower cell has a relatively short range, and wide cellular networks require a large number of towers to cover cities, which may be very expensive or require infrastructure that is not readily available. It is not cost effective for the cellular providers to put up cell towers in rural areas or in many third world countries where there is low usage. It is also impossible to place towers out in the ocean or in very remote or mountainous regions, making your cellular phone worthless for communications when not close to a cell tower. Although most cities and urban areas now have access to cellular networks, this still represents only a fraction of the Earth’s surface.
The sample photo below shows the area covered by a cellular network. The areas not covered by the tower cells do not have cellular signal, and cellular phones cannot be used to communicate in these areas without coverage.

Satellite signals are transmitted far above the earth and do not rely on towers, making them very useful in remote areas. This is why satellite phones are more useful than cellular phones to those who are traveling to isolated and remote areas.
The photo below shows satellite coverage beams over very wide areas. Any satellite phone located anywhere inside a satellite coverage beam can communicate with other phones, regardless of how remote the location, whether at land, air, or sea. 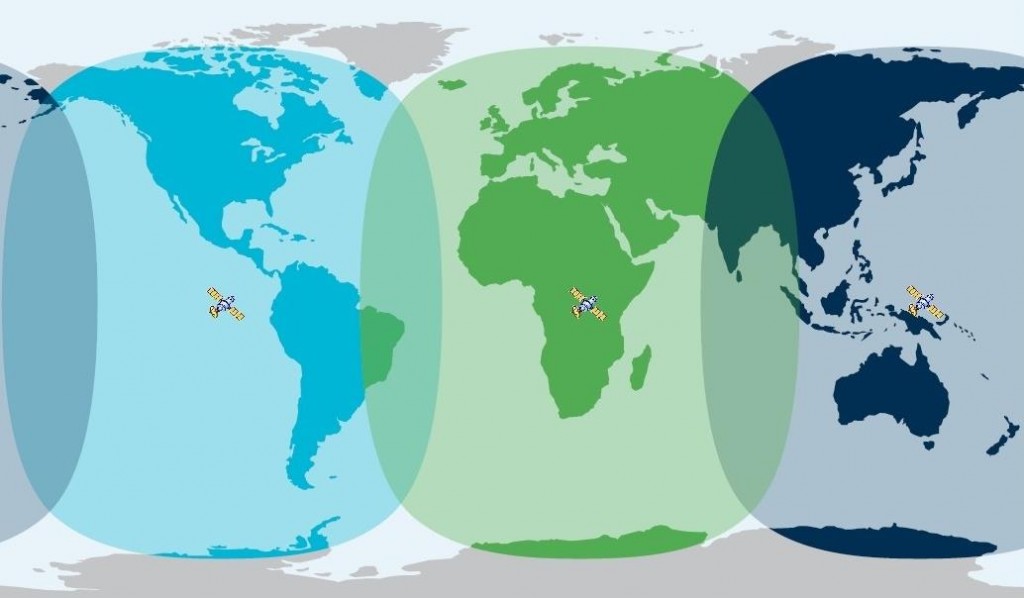 Satellite phone handsets tend to be larger than cellular phons, and usually have prominent antennas designed to improve communication with the satellite. In other respects, using a satellite phone is relatively similar to using a cell phone and their physical designs are getting closer and closer.