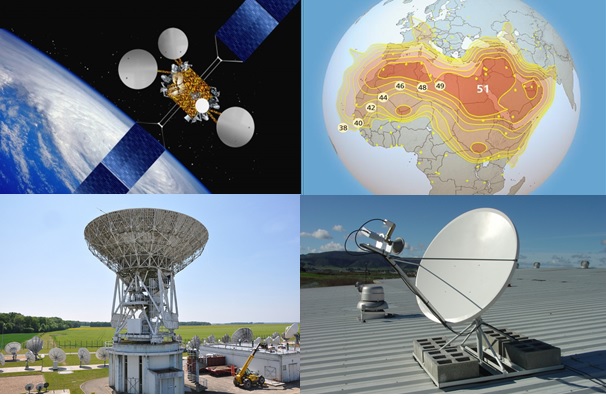 However, these disasters have very little effect and do not normally disrupt satellite communications on VSAT systems. As a VSAT network consists of only a satellite in space, the teleport and NOC, and the VSAT terminal at the customer’s premises, the number of opportunities for network outages is significantly reduced. A complete VSAT network can work independently of terrestrial infrastructure and maintain internet connectivity as long as the VSAT equipment is powered on.
Satellites are designed with multiple layers of redundancy and multiple backup systems, resulting in network uptime approaching 100%. Satellite operators run their VSAT networks to the absolute highest level of redundancy and reliability that is unmatched by any terrestrial network. All these factors make VSAT systems and satellite networks more reliable than any other communication medium.

Cable internet has an availability of 99.5% at best, or a downtime of 44 hours per year. If these outages happen only in short bursts, 44 hours of downtime in a year may not be noticeable. However, if the outage is caused by infrastructure damage from natural disaster or human error, the downtime may stretch to a few hours or even days, which is very unacceptable.
The industry standard uptime for most enterprise level fiber and DSL internet services is 99.9%, or an average outage of just over 8 hours in a year. While this may seem acceptable, the impact of an 8 hour outage during peak-business hours to large businesses is very disastrous. Keep in mind that fiber and DSL for home use have much lower uptimes than enterprise and business level services, and they suffer much worse downtime.
When it comes to comparing reliability of Internet services, VSAT links clearly prevail over terrestrial systems. VSAT systems with failover and redundant equipment results to 99.99% availability of satellite networks. That’s about only 50 minutes of downtime in a whole year!