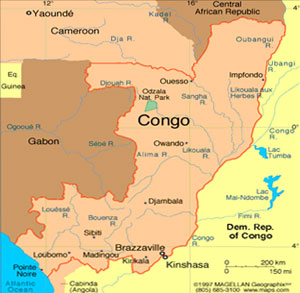 The Republic of the Congo has become the fourth-largest oil producer in the Gulf of Guinea, providing the country with a degree of prosperity despite political and economic instability in some areas and unequal distribution of oil revenue nationwide. Congo’s economy is heavily dependent on the oil sector, and economic growth has slowed considerably since the post-2015 drop in oil prices.

245,000 citizens are estimated to be Internet users, out of a total population of more than 3,800,000. A growing proportion of the public, especially youth, are accessing the Internet more frequently and utilizing online social media. However, only the most affluent have Internet access in their own homes; others who accessed it use cybercafés.

Vizocom provides the full scope of its services in Congo:

Vizocom’s extensive experience in providing VSAT and ICT services to the defense industry and especially governmental agencies, as well as oil and gas, mining, and construction industries has made it an unrivaled partner for their operations around the globe and especially in Congo.

Vizocom’s highly reliable VSAT services coupled with our 24/7/365 Customer Support Center with local field support who speak the local language makes Vizocom the right choice when it comes to selecting you ICT and Communication service provider in the country.

Vizocom covers Africa, specifically Congo, with several satellites and delivers a flexible range of services on Ku-Band, C-Band, and Ka-Band frequencies that meet and exceed our clients’ expectations. Vizocom’s teleports in the United States and Europe support all platforms to include but not limited to iDirect X1, X3, X5, as well as Comtech, Newtec, and Romantis.