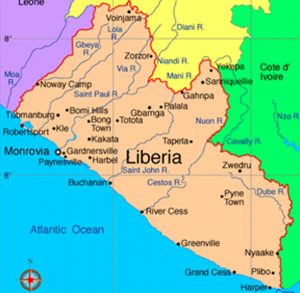 Liberia, officially the Republic of Liberia, is a country on the West African coast. It is bordered by Sierra Leone to its west, Guinea to its north and Ivory Coast to its east, the Atlantic Ocean to its south.

Liberia’s business sector is largely controlled by foreigners mainly of Lebanese and Indian descent. Timber and rubber are Liberia’s main export items since the end of the civil war. Liberia earns more than $100 million and more than $70 million annually from timber and rubber exports, respectively.
Communications in Liberia is the press, radio, television, fixed and mobile telephones, and the Internet. There are six major newspapers in Liberia, and 45% of the population has a mobile phone service.

Vizocom provides the full scope of its services in Liberia:

Vizocom’s extensive experience in providing VSAT and ICT services to the defense industry and especially governmental agencies, as well as oil and gas, mining, and construction industries has made it an unrivaled partner for their operations around the globe and especially in Liberia.

Vizocom’s highly reliable VSAT services coupled with our 24/7/365 Customer Support Center with local field support who speak the local language makes Vizocom the right choice when it comes to selecting you ICT and Communication service provider in Liberia.

Vizocom covers Africa, specifically Liberia, with several satellites and delivers a flexible range of services on Ku-Band, C-Band, and Ka-Band frequencies that meet and exceed our clients’ expectations. Vizocom’s teleports in the United States and Europe support all platforms to include but not limited to iDirect X1, X3, X5, as well as Comtech, Newtec, and Romantis.
Our satellites supporting Liberia include Telstar 11N, Africasat 1A, ABS-2, Arabsat 5C and NSS-12.