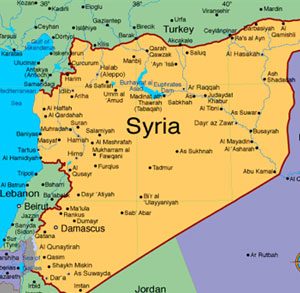 Syria’s economy relies upon inherently unreliable revenue sources such as dwindling customs and income taxes which are heavily bolstered by lines of credit from Iran. The Syrian economy has contracted 60% and the Syrian pound has lost 80% of its value, with the economy becoming part state-owned and part war economy. In 2010, Syria remained dependent on the oil and agriculture sectors. The oil sector provided about 40% of export earnings. Proven offshore expeditions have indicated that large sums of oil exist on the Mediterranean Sea floor between Syria and Cyprus.

There were 4,469,000 Internet users in Syria as of June 2011 for a 19.8% Internet penetration rate. Syria ranks 12th out of 14 countries in the Middle East region, just behind Jordan (26.8%) and ahead of Yemen (9.7%) and Iraq (2.8%).Vizocom has enlisted the cooperation of local partners and brought its expertise and capabilities in country to ensure that not only do we meet the expectations of these businesses but exceed them as well.

Vizocom provides the full scope of its services in Syria:

Vizocom’s extensive experience in providing VSAT and ICT services to the oil and gas industry and especially drilling companies, as well as Defense, Mining, and Construction industries has made it an unrivaled partner for major oil and oil services companies around the globe and especially in the Syria.

Vizocom covers the Middle East and specifically Syria with several satellites and delivers a flexible range of services on Ku-Band, C-Band, and Ka-Band frequencies that meet and exceed our clients’ expectations. Vizocom’s teleports in the United States and Europe support all platforms to include but not limited to iDirect X1, X3, X5, as well as Comtech, Newtec, and Romantis.
Our satellites supporting Syria include ABS-2, ABS-7, Yahsat 1A, E21B, E36B, E10A, Africasat 1A, NSS-12, Arabsat 5C.