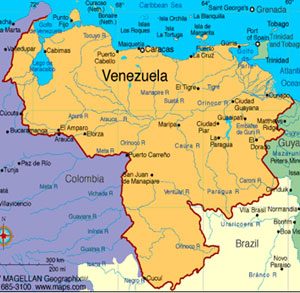 Venezuela’s economy has been dependent on Petroleum. Oil was discovered in the early 20th century, and today, Venezuela has the world’s largest known oil reserves and has been one of the world’s leading exporters of oil. Previously, the country was an underdeveloped exporter of agricultural commodities such as coffee and cocoa, but oil quickly came to dominate exports and government revenues.

Use of the Internet in Venezuela has greatly expanded, but is mostly concentrated among younger, educated city residents, and centered on the capital, Caracas. According to several experts, the lack of quality Internet in Venezuela, which includes the slowest speed in Latin America and one of the slowest Internet speeds in the world, is due to the poor infrastructure of the country.

Vizocom has enlisted the cooperation of local partners and brought its expertise and capabilities in country to ensure that not only do we meet the expectations of these businesses but exceed them as well.

Vizocom provides the full scope of its services in Venezuela:

Vizocom’s extensive experience in providing VSAT and ICT services to the oil and gas industry and especially drilling companies, as well as Defense, Mining, and Construction industries has made it an unrivaled partner for major oil and oil services companies around the globe and especially in Venezuela.

Vizocom covers the South America and specifically Venezuela with several satellites and delivers a flexible range of services on Ku-Band, C-Band, and Ka-Band frequencies that meet and exceed our clients’ expectations. Vizocom’s teleports in the United States and Europe support all platforms to include but not limited to iDirect X1, X3, X5, as well as Comtech, Newtec, and Romantis.

Our satellites supporting Venezuela include NSS-806